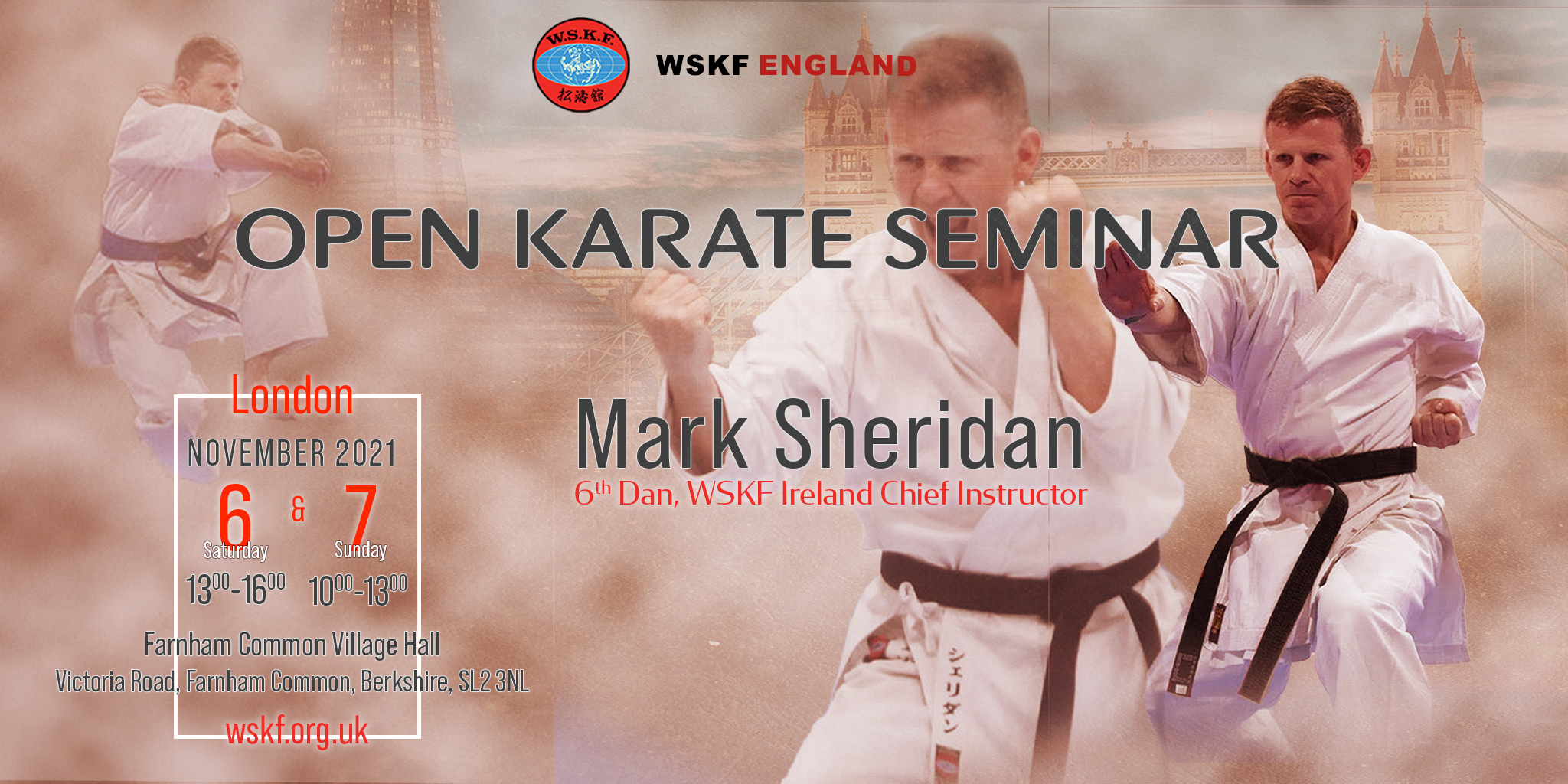 Sensei Mark has been training for 40 years and while a strong disciple of traditional karate, as taught by Sensei Hitoshi Kasuya, has found great success both as a competitor and coach in  karate competition. While continuing his own training he has been an instructor for 16 years.
He opened his own club, Senshi Karate, in Dublin in 2008, which is the WSKF Ireland Hombu dojo.

During his long competitive career he has won many titles both domestic and international, from under age to veteran. He is the current W.S.K.F. World Champion in both Kata and Kumite.
From age 17 until he retired at 38 years he enjoyed great success as a member of the National Team of Ireland.


Accommodation
Slough Central South (Windsor Road) hotel
Driving to the dojo is about 15 mins or 22 by bus.