Archive For The “Uncategorized” Category 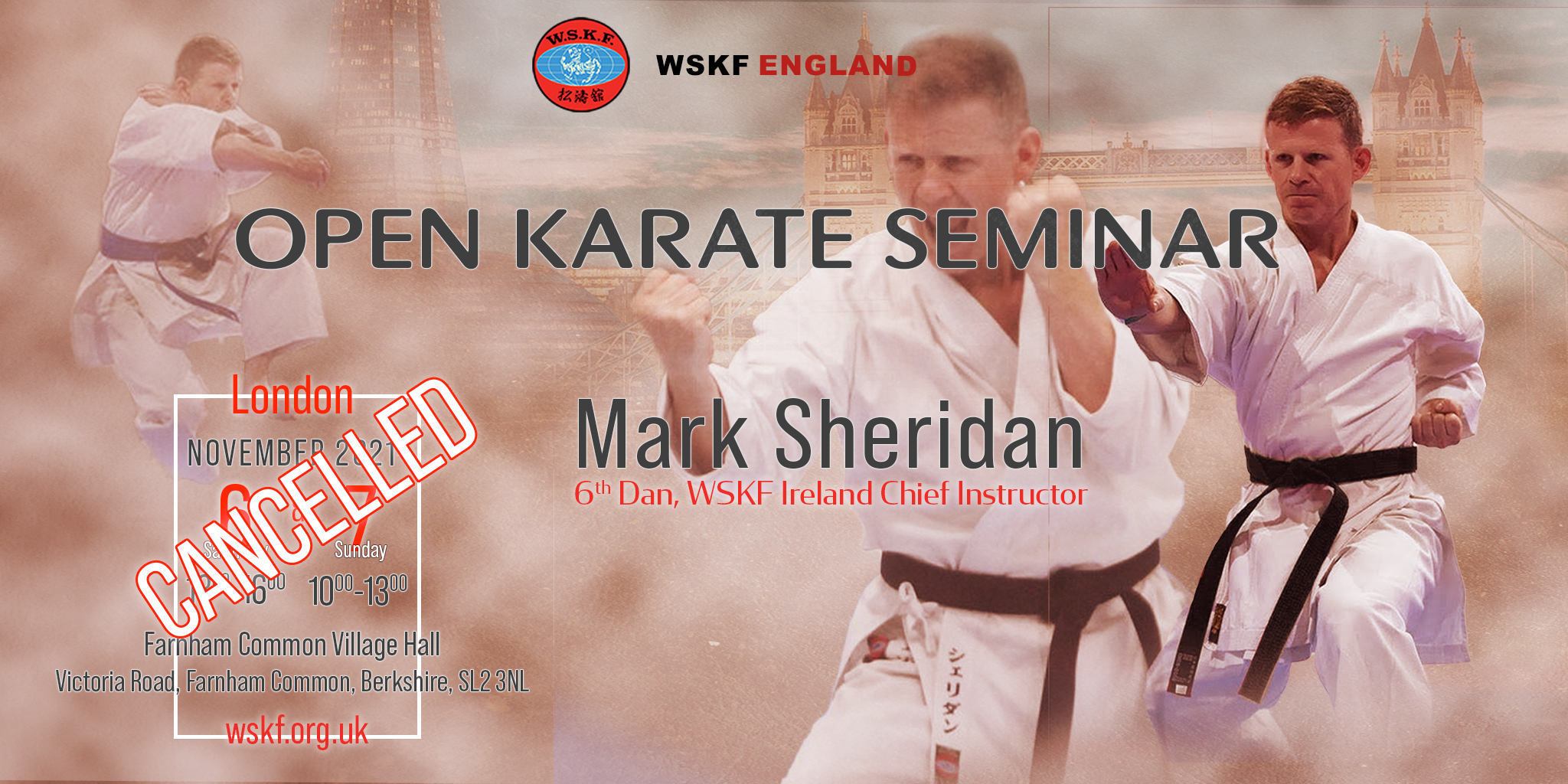 Unfortunately, we had to cancel the seminar with Sensei Mark Sheridan from 6th-7th of November 2021, because of the concern about the rising Covid cases in UK. Looking forward for a new opportunity in the near future. Thank you everyone for expressing interest in participating in the seminar.

Sensei Mark has been training for 40 years and while a strong disciple of traditional karate, as taught by Sensei Hitoshi Kasuya, has found great success both as a competitor and coach in  karate competition. While continuing his own training he has been an instructor for 16 years.
He opened his own club, Senshi Karate, in Dublin in 2008, which is the WSKF Ireland Hombu dojo.

During his long competitive career he has won many titles both domestic and international, from under age to veteran. He is the current W.S.K.F. World Champion in both Kata and Kumite.
From age 17 until he retired at 38 years he enjoyed great success as a member of the National Team of Ireland.


Accommodation
Slough Central South (Windsor Road) hotel
Driving to the dojo is about 15 mins or 22 by bus. 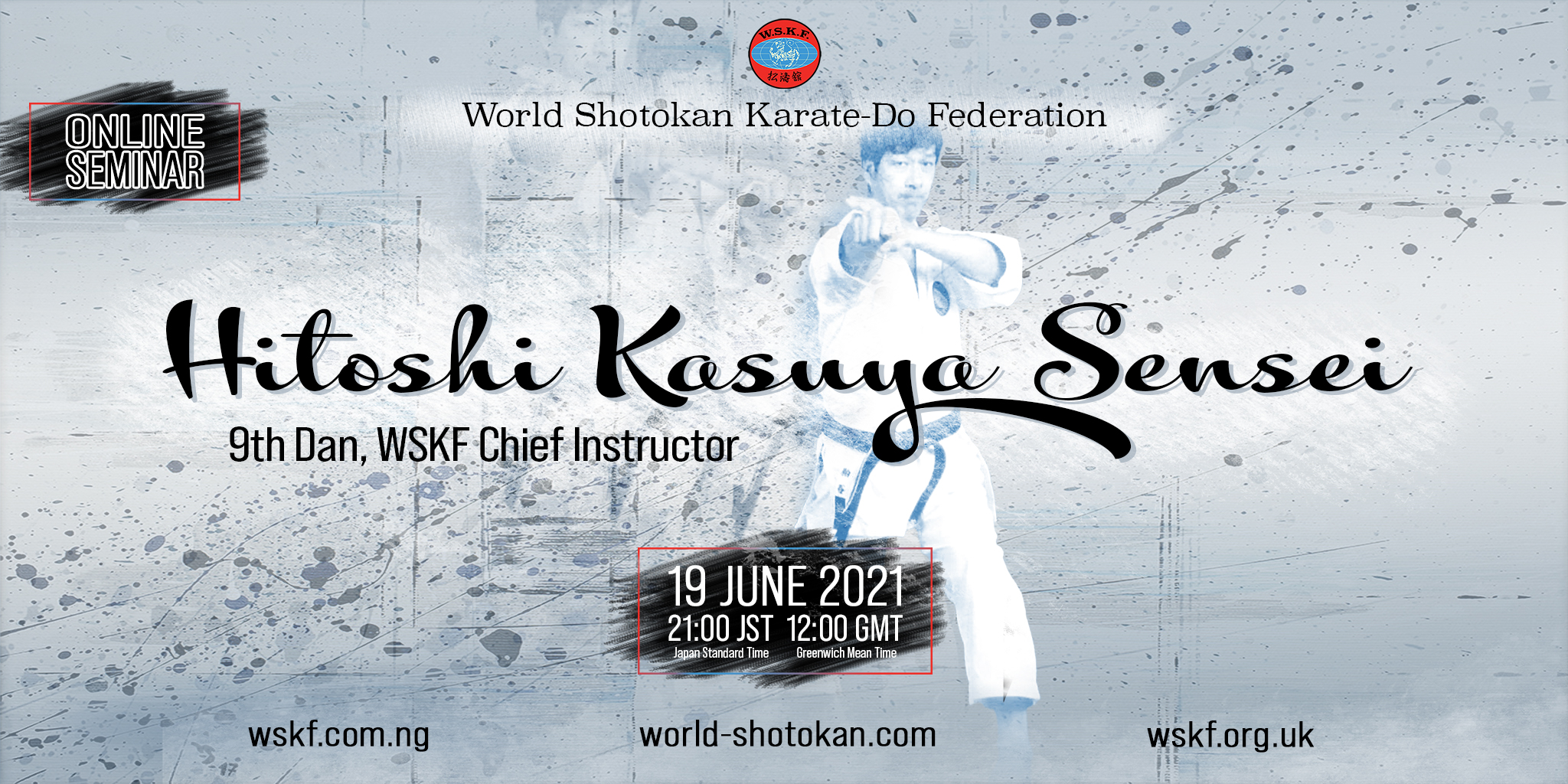 WSKF Japan and WSKF Nigeria are pleased to announced the next edition of the OnLine Seminar with Hitoshi Kasuya Sensei 9th Dan, Chief Instructor of WSKF on the 19th of June 2021 at 9pm Japan time, this seminar is free in aid of supporting all Shotokan karateka all over the world during this difficult times of the epidemic.

WSKF Japan and WSKF Nigeria are pleased to announced their sponsored OnLine Seminar with Kasuya Sensei 9th Dan, Chief Instructor of WSKF on the 27th of March at 9pm Japan time for registration : https://wskf.com.ng/registration-form/

It is with great sadness and regret that we inform our members of the passing of Don Morrison Sensei 6th Dan WSKF.
Sensei Don succumbed to COVID and after a spell in hospital passed away on January 23rd.

Seen here receiving his 6th Dan Certificate from Sensei Kasuya, Sensei Don’s Karate Career was marked by his continual search for perfection in his art.

Don began his Karate career in 1971, training in the Isshin Ryu style under Sensei Ticki Donovan. moving on to Kyokushinkai style before Joining the Thames Karate Association to practice Shotokan in 1976. Don developed his Karate under Sensei Enoeda in KUGB, Sensei Ohta in JKA England before joining WSKF to enjoy Sensei Kasuya’s approach to the art.

Sensei Don was a vigorous competitor, testing his Karate against other Karateka for over 20 years. He brought the same energy to his teaching, having established his own Dojo at Sydenham Hill later to move to Forest Hill as Seishin-Juku and his second Dojo at Chafford Hundred.

Sensei Don is remembered fondly by his students, friends and fellow competitors for his fighting spirit, intense training regime, his kindness and patience.

May he rest in peace with his maker and in all our hearts.

Register on Eventbrite
We are very happy to announce the date for Hitoshi Kasuya Sensei’s December online seminar which will be 2 hours long and with a Q&A segment.
Registered attendees can send their questions in advance and can also use the Zoom chat during the class to post their questions which will be answered towards the end of the session.
Date and Time: 12 December 2020 from 12:00-14:00
REGISTRATION NOW OPEN:
https://www.eventbrite.co.uk/e/hitoshi-kasuya-sensei-online-seminar-tickets-129467082529

Registration is now open for Kasuya Sensei on line dojo for Saturday the 10th of October 2020 at 1pm. 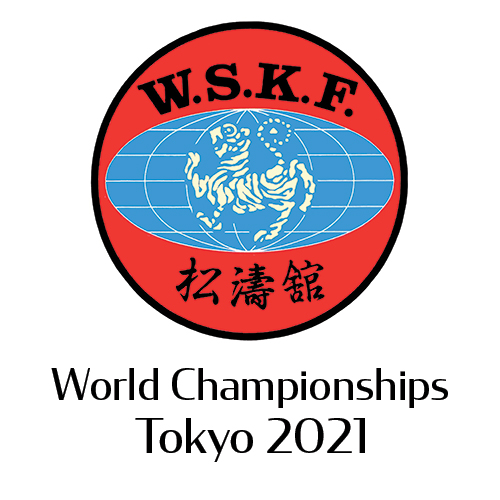 The 15th WSKF World Championships will be held on the following dates:

Please find below the COVID19 Risk assessment document for your information and reference.

This document provides students and parents with guidance on the conduct required of them to minimise the risk of transmission of Covid19 Infection through both their attendance at and participation in the Karate Classes held at the dojo.

Very well done to everyone participating in the National Championship and congratulations to all winning a medal no matter if it’s gold, silver or bronze.

Congratulations go to Sensei Don Morrison and his club Seishin-Juku who will hold the Shield for 2019.
Well done to all teams for their great effort today. For many of them, it was their first tournament and hopefully, they all went home feeling great about themselves, their efforts and most of all, their commitment to developing in Karate.

We are pleased to invite you to our Open Karate Seminar with multiple World Champion, Sensei Francisco Astudillo 6th Dan WSKF.

Appointed Ireland’s National Kata Coach in 2017, He is an Instructor and Founder of WSKF SEDAI. In June 2019, he was named Leinster Kata Coach for O.N.A.K.A.I (Official National Amateur Karate Association of Ireland). In 2018 he is assigned Senior Instructor for WSKF Spain.

For full details of the seminar please click here

We look forward to welcoming you all.