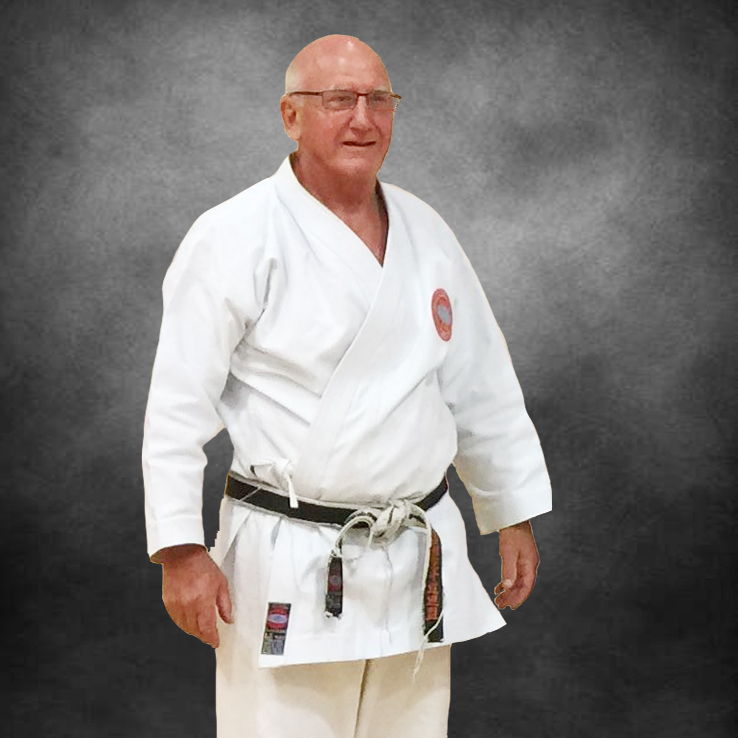 Andy took up Karate at the age of 43 at the request of his 7 year old daughter, training at the Ruislip and Hayes Dojos of the KUGB, competing locally and nationally at both Kata and Kumite. He was awarded 1st Dan by Sensei Keinosuke Enoeda at Crystal palace in 1998.


Joining WSKF England in 2002, and following breaks in training due to illness and foreign travel, he returned to training with Sensei Tomiko Mitsuoka and was awarded 2nd Dan in 2005 and 3rd Dan by Sensei Hitoshi Kasuya in 2014.


Andy supports the Chief Instructor in the organisation and development of WSKF England acting as the WSKF England Secretary.


Andy has developed his knowledge of martial arts through training in Hung Gar Kung Fu and in working with Senseis in Goju Ryu Karate and Kobudo, starting his own dojos in Amersham and Northwood in 2018.
He has qualified as a licensed Instructor and Judge, participating as a judge in the World Championships in Dublin 2018 and Tokyo 2019.